GREELEY, Colo. — “It’s a boom town,” Carl Erikson said. We’re sitting in a TigerXL — what Erikson calls “MiniMo” — on 18th Street. Erikson, who last week took pictures of fracking tanks reeling in high flood waters that have become national images, is driving us to a proposed well site within city borders. Greeley has made national news for the push and pull between an oil and gas industry already operating more than 400 wells within city limits and community advocates wary of possible environmental ramifications and of plummeting property values.

A number of industry trucks parade on Highway 85 in front of us. The highway may as well be a fracking assembly line: pipelines hitched to semis, water tanks bigger than my car, metal air compressor contraptions. It’s the Wild West again, and floods be damned, there’s a sense of productivity. 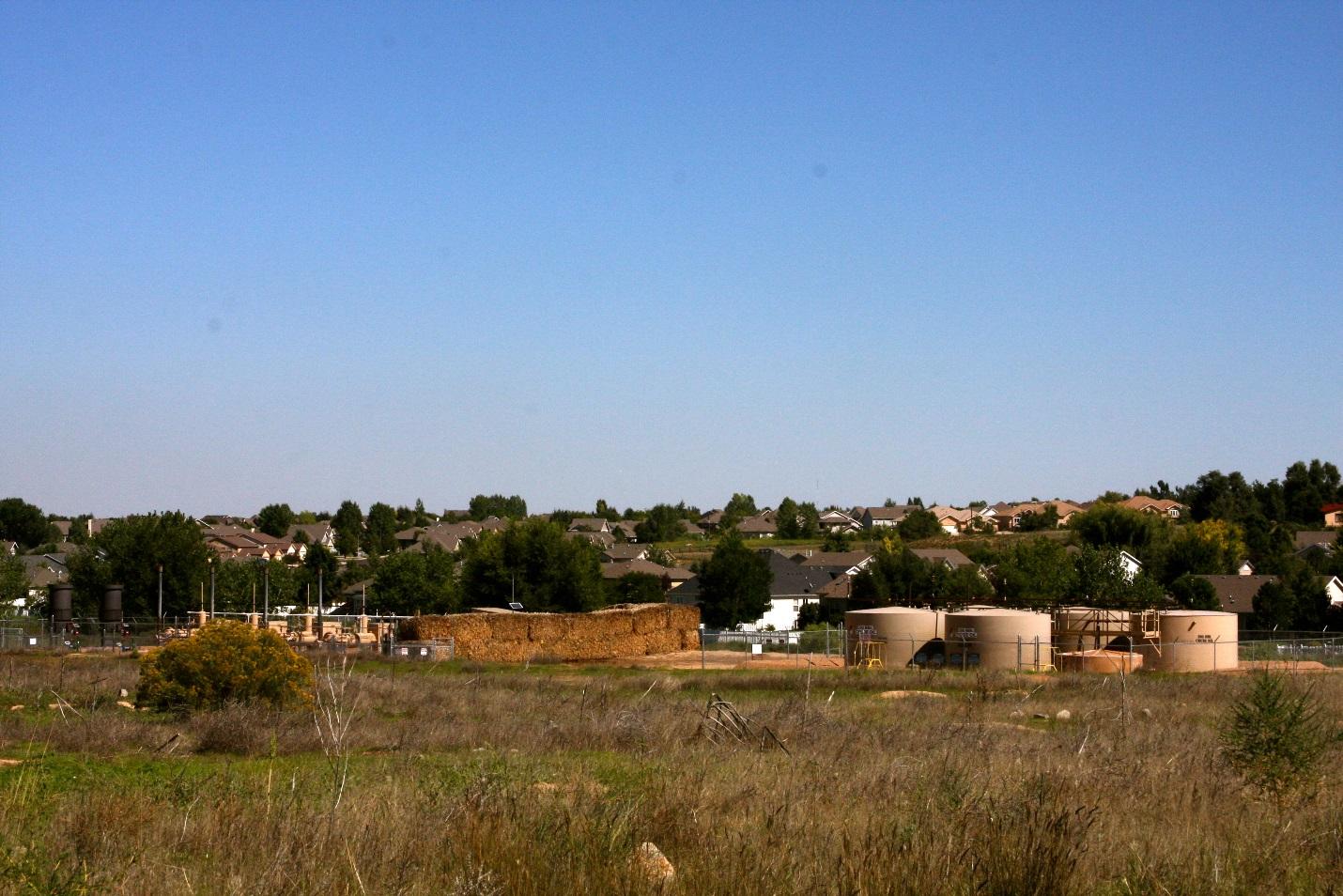 Standing on the land unable to see where oil and gas pools under the surface, there doesn’t seem to be any logic to the placement of wells in Greeley. Of course, there are regulations. But those include having to site the drilling 200 feet away from a habitable building and 150 feet away from streets.

Activists say these setbacks are inadequate, imposed to benefit the industry rather than neighborhood residents. Tank batteries pumping oil and gas and highly toxic chemicals can be seen, for instance, from a high school in a subdivision near Grizzly Drive.

Weld Air and Water is a group of community activists that has, for six months, pushed back against proposed drilling here. One of the group’s leaders, Robert Wrinkler, says the community response to the drilling has been rapidly changing.

“I believe folks in Greeley are waking up to the disastrous effects of gas and oil development on their health, the environment, and the fact their elected officials really don’t care much about what those who elected them are saying.” 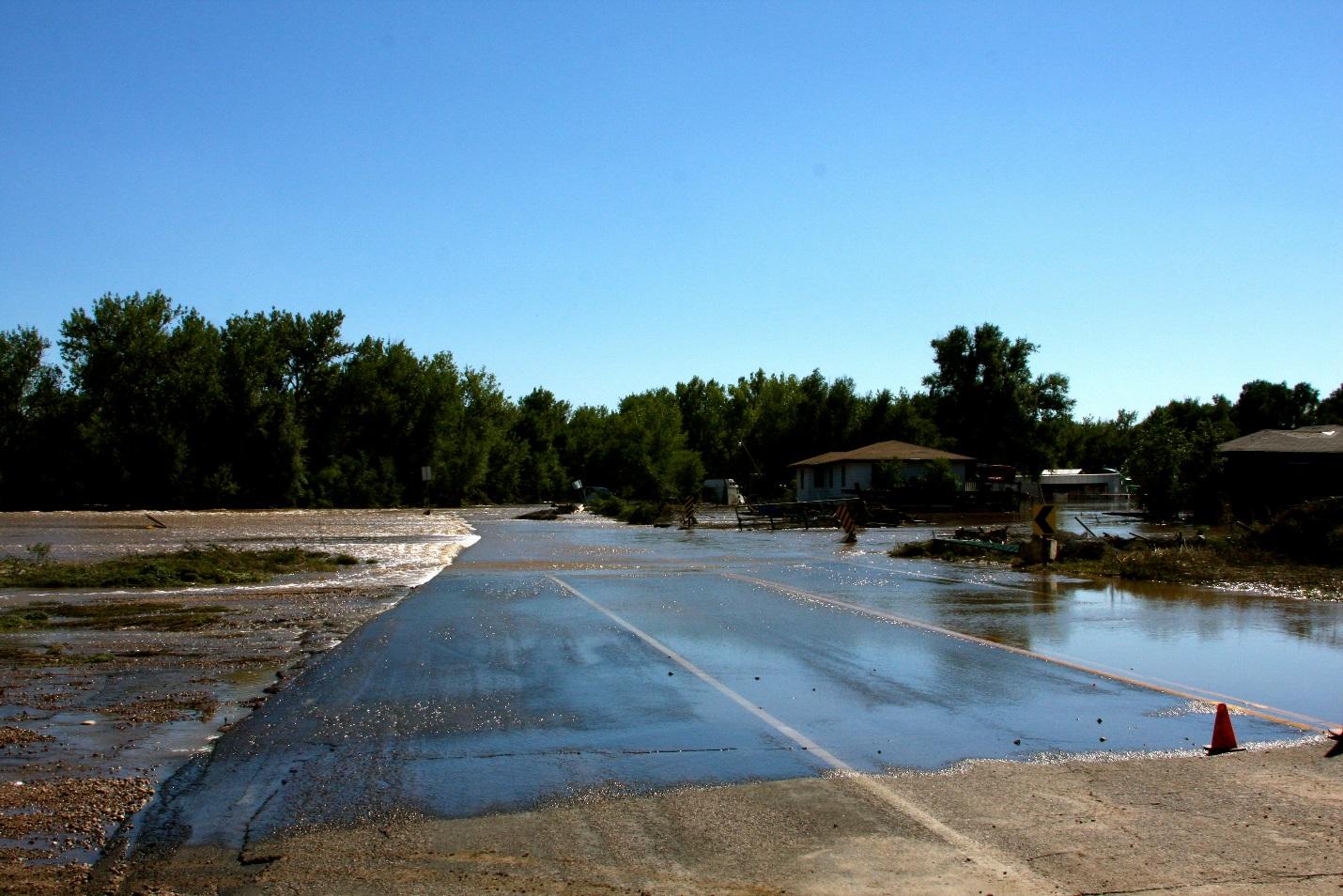 The south end of Industrial Parkway, near Bratner Road, is washed out. In the recent rains, the South Platte River rose rapidly, tearing up the road and cutting into nearby buildings. 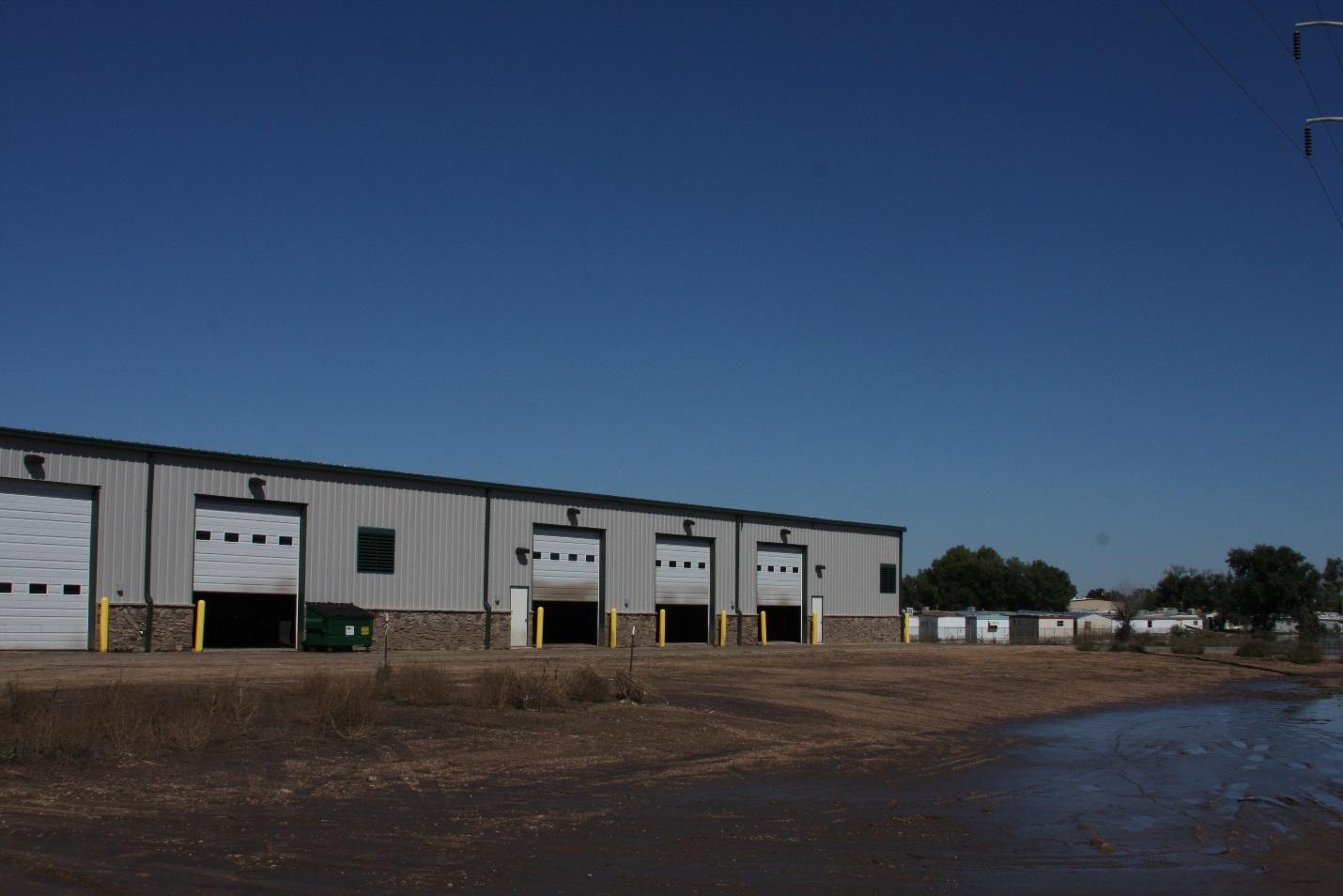 One of the buildings the water ruined on Industrial Parkway is a warehouse for Baker Hughes Upstream Chemicals, which stores and supplies chemicals for the drilling industry. Three workers confirm the new building had been ruined by the flood waters. A green “INSPECTION” notice is taped to the front door. They say inspectors walked through the building. They don’t say much more than that. 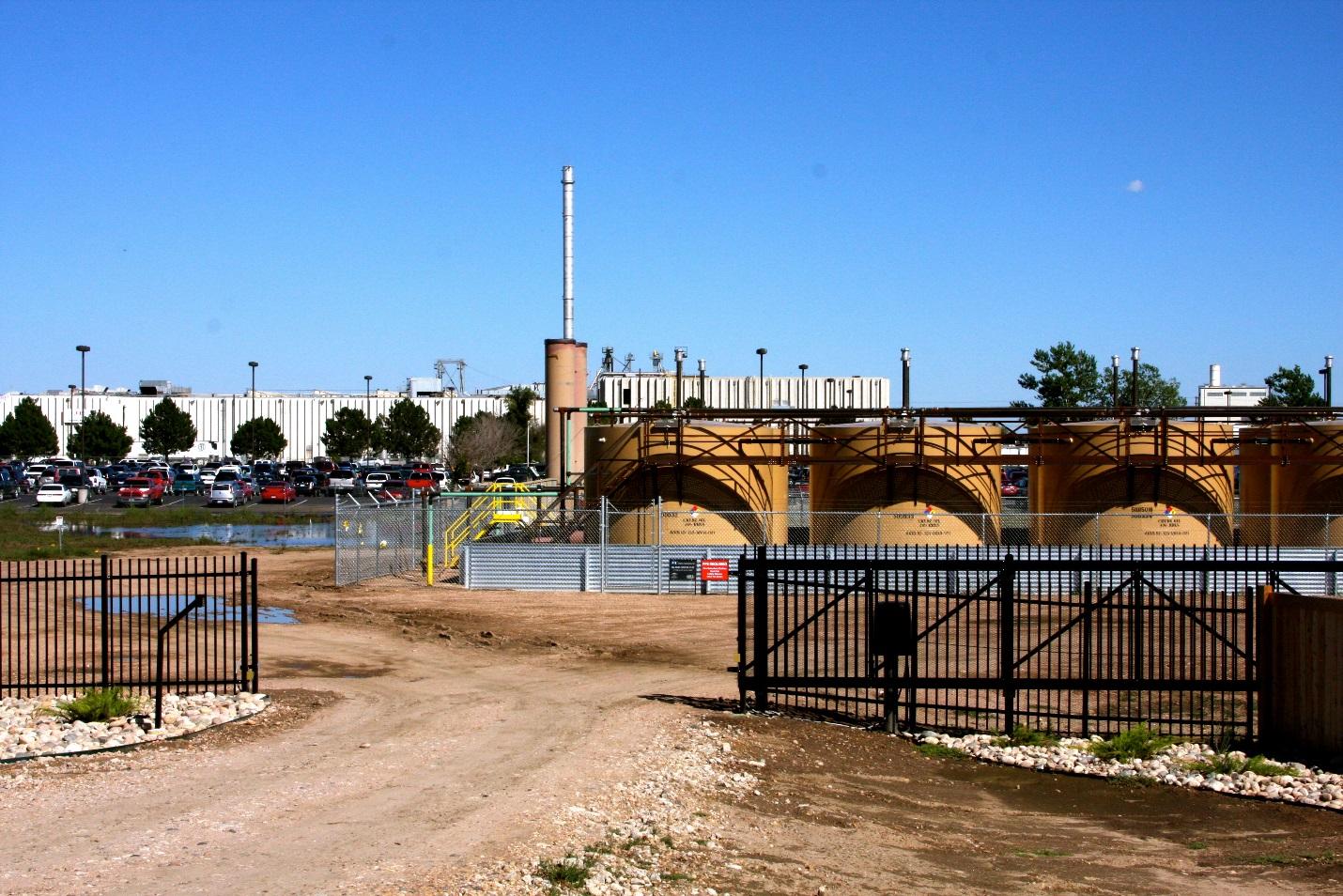 Another fracking site, flooded by the Poudre River, is tucked behind a JBS Swift & Co. processing plant, a subsidiary of a Brazilian company. The plant often flies the Brazilian and American flags.

Despite recent reports that switching from coal to natural gas may be better for the environment, many residents in Greeley feel anxious about the wells churning and plumbing in their backyards.

Winkler, who has been in risk management for more than 40 years, is concerned by the nonchalant and rapid pace of the drilling activity in the city.

“We as a community are being subjected to the ill effects of an industry that cares not for those who live here.”

[Images, top to bottom: (1) An empty tank battery knocked over by ferocious flood waters near Industrial Parkway; (2) tank Batteries near Grizzly Drive; (3) Industrial Parkway washed out and the South Platte receded from a higher flood line; (4) the riverside of Baker Hughes Upstream Chemicals where the water rose about 5 feet onto the building; (5) fracking tanks in front of JBS Swift & Co processing plant, where flood waters from the Poudre surrounded the tanks. Photos by Shelby Kinney-Lang.]