DENVER — Abortion bills are pouring down on Colorado like spring rain on the Northern Front Range.

First, reproductive-health politics dominated the end of the 2015 Colorado legislative session, and now Centennial State lawmakers are clashing over a re-worked version of a federal bill to ban nearly all late-term abortions in the country.

The federal bill up for a vote this week in Washington and now making waves in Colorado and around the country is HR 36, the “Pain Capable Unborn Child Protection Act,” sponsored by Arizona U.S. Rep. Trent Franks.

DeGette has pointed out for years that late-term abortions mostly come about due to health complications that throw women into medically perilous situations that force them and their families and doctors to weigh some of the toughest personal decisions of their lives.

“Republican politicians in Washington and around the country continue to try to insert themselves into women’s personal health care decisions and restrict women’s ability to make constitutionally protected medical choices,” DeGette wrote in a release. “Their latest attempt in Congress singles out women enduring some of the most traumatic circumstances imaginable and forces further indignity by requiring them to effectively get permission to regain some control over their bodies, their health, and their safety.

“Every woman has a constitutional right to make health care choices in the manner she sees fit,” she wrote. “And everyone in America should see this cynical attempt to seize control from women for what it is.”

But Colorado’s Doug Lamborn, representative from the state’s conservative 5th District based around Colorado Springs, is a main champion of the bill. On Monday, he appeared on a Christian-right Family Research Council radio show with Council President Tony Perkins.

In the interview, Lamborn celebrated the bill as “groundbreaking” and as “a wonderful thing.”

Perkins has been a main figure behind the scenes stoking efforts to get the federal late-term-abortion ban passed. He was confident the bill would pass the House this week. He called the coming vote a “significant pro-life milestone in Congress.”

Lamborn said the bill was about “giving protection to unborn child[ren]” against abortion and the pain of abortion.

“Science shows that at a certain point of an infant’s development inside the womb that little girl or little boy can feel pain… The abortionists try to gloss over this with all kinds of excuses.”

Nearly a dozen states have passed late-term abortion bans. Sponsors have cited the ability of fetuses at the 20-week stage to feel pain, using the same arguments Lamborn is using today.

But, as opponents of the bans point out, the science on when fetuses can feel pain is far from settled. Indeed, top medical research institutions, including the Journal of the American Medical Association and the British Royal College of Obstetricians and Gynecologists, have argued that the part of the human brain able to sense pain develops later.

Dr. Anne Davis, a second-trimester abortion provider, associate professor of clinical obstetrics and gynecology at Columbia University Medical Center, and consulting medical director at Physicians for Reproductive Health, told Salon that it takes about four weeks later than supporters of the bill are saying for fetuses to develop anything like what we would consider pain.

The proposed federal ban already has had a rocky ride this year.

It was introduced by Republicans in January — one of the first bills taken up by the new Republican majority. Debate on the bill was scheduled for the 22nd of that month, the same day as the annual March for Life in the capital. But Republican leaders in the House never brought out the bill for debate that day when it became clear that women members of the Republican caucus planned to vote against it.

The women said the bill was coming too soon after the midterm elections. They said introducing the politically charged bill so early sent the wrong message about the priorities set by the new Congress. They also objected to a provision of the bill requiring women pregnant as a result of a sexual assault to report the rape to law enforcement before requesting an abortion.

But it’s now later in the session and the controversial reporting provision has been taken out of the bill.

Perkins’s confidence that the bill will pass is not misplaced.

All the Colorado Republican members of the House in 2013 voted for that year’s version of the bill, including state swing-district Rep. Mike Coffman and now-U.S. Sen. Cory Gardner.

That was before Gardner and other Republicans running for election in 2014 stepped away from their outspoken anti-abortion stands at the urging of party pollsters.

A series of campaign-trail stumbles over abortion in 2012 — where men like Missouri Republican Todd Akin talked about “legitimate rape” and seemed confused about basic human biology — led party leaders to implore members to at least temporarily steer clear of talk on reproductive rights. 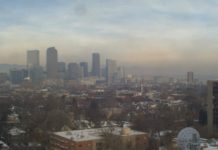