Home All stories Just In Littwin: My year in reading books not about Donald Trump

It’s that time of year again when, by popular demand, we bring back our annual Books Mike Littwin Has Read in (Fill in Year).

Since this is 2017, the most volatile year in America since at least 1974 and the Nixon resignation, it’s a wonder I’ve read any books at all. I spend most of my time on the computer looking for something more insightful on TrumpWorld than what I find in my Twitter feed — and, despite the low bar, generally failing.

I do read the smart magazines searching for smart people who can explain the fix we’ve got ourselves into, but it turns out nobody is quite that brilliant.

So, what’s left? For me, it’s fiction. You need fictional dystopia to understand the current Trumpian brand. Emerson wrote that “fiction reveals truth that reality obscures.” That’s the bet I make, anyway. So, you can binge-watch “The Handmaid’s Tale” for a dark look at today, but I recommend the book. Then you can read anything by Orwell. Or Kafka. Camus’ “The Plague.” Fallada’s “Wolf Among Wolves.” Dreiser’s “Sister Carrie.” DeLillo’s “Libra.” Bolaño’s “2666.” Bradbury’s “Farenheit 451.” Doctorow’s “The Book of Daniel.” Roth’s “The Plot Against America.” The list is, literally, endless.

But I almost forgot. It’s 2017. And here’s the best of what I read this year. The truth is that some of it is Trump-inspired, but much of it inspired by the need not to think about 2017 or Trump at all. As I look over the list, I can’t help but notice I’ve latched onto a series of truly great writers. Maybe what I was looking for was inspiration.

Maybe, these days, that’s what we’re all looking for.

Lincoln in the Bardo, by George Saunders.

What was it that Trump said? That he could be as presidential as anyone but Lincoln? You’re not long into Saunders’ first novel — he is a great writer of short fiction — to see the difference between the two men. Saunders takes us to the 1862 death of Willie, Lincoln’s 11-year-old son, who is buried in Oak Hill cemetery, where Lincoln comes to grieve him. It’s no ordinary cemetery. It’s a place of ghosts and ghostly regrets and the chance of deathly reprieve and, mostly, where the power of Lincoln’s grief for his son — in a time of war, in a place in need of peace — overwhelms. If you’ve read Saunders, you can guess the book is darkly funny, darkly strange and yet more. It is, mostly, a brilliant imagining of how Lincoln’s great suffering brings with it empathy for all those suffering around him.

The Association of Small Bombs, by Karan Mahajan

The book begins with a terrorist bomb blast in a Delhi market and then takes us on a path, back and forth, through pain and grief and to the strange attraction to violence that moves the all-too-human bombers. We know everything about terrorism — we see it repeated so often on our screens — except the beginnings and endings and the true toll of tragedy and how those for whom the world has changed forever must live in a world that changes only for that violent moment. Mahajan is a gifted writer who makes us both feel the blast and consider how someone would come to light the fuse.

Chabon (“The Amazing Adventures of Kavalier & Clay,” “The Yiddish Policeman’s Union,” “Wonder Boys”) is among the best few American novelists of his generation. And in “Moonglow,” one of his best, Mike Chabon (not Michael, but yet) writes a memoir (which isn’t exactly a memoir, but described also as a novel and a Twain-like “pack of lies”) detailing the deathbed confessions of his unnamed grandfather. It’s some confession. The grandfather’s story included the liberation of a Nazi concentration camp, a chase through ruined postwar Germany after rocket scientist Werner Von Braun, a stint in prison for attempting to kill his boss, a snake hunt in Florida, a marriage to Mike’s unnamed grandmother, a holocaust survivor haunted by her memories and the secrets they held. The book is a Chabon-like search for where truth and memory and the life of secrets intersect. In an author’s note, Chabon (Mike or Michael?) writes that he has “stuck to fact except when facts refused to conform with memory, narrative purpose, or the truth as I prefer to understand it.”

If you haven’t read Egan’s “A Visit From the Goon Squad,” stop reading now, pull it up on your iPad or (much better) go to a bookstore, read the beautifully written interlinking short stories that are really a novel spanning 40 years of the music business, fall in love, because you will, and then come back.  Because when you read “Manhattan Beach,” you’ll be shocked that this book, also wonderful, is so different from the always inventive Goon Squad where “time’s a goon” and where this historical fiction concerns World War II Brooklyn, women working the shipyards, gangsters, a disappearing father, a daughter who becomes a diver. The sea. Always the sea. What connects the two books, besides the writing, are the revealed truths in both, truths that are at once surprising and entirely believable.

Smith isn’t just a great writer. She’s also brilliant. I mean, over-the-top brilliant. Her essays, which she seems to be constantly writing, separate her from the good-but-unoriginal thinker in much the way her novels, which burst with ideas, take you into a world of ideas told in the teeming life of London streets. In novelist Claire Messud’s review of “Swing Time” — a story of two biracial London girls and their complicated friendship formed by their love of dance — she writes of how Smith, in her overflowing, sometimes unwieldy novels, uses fiction to bring her many ideas to life. “Fiction,” Messud writes in The New York Review of Books, “is created out of T-shirts and tomato plants, oven fries, chalk dust and rainfall, out of snarky exchanges and subtle glances.” It’s all in there. And more.

The Ministry of Utmost Happiness, by Arundhati Roy

This is Roy’s first novel in 20 years, the first since her debut, “The God of Small Things,” made her an international sensation. “Small Things” sold 6 million copies and won the Booker Prize, making her the rare Indian writing in English who didn’t live abroad. And then she stopped writing novels, becoming an activist, protesting India’s political and economic inequality and writing angry books of essays. And yet, after 20 years, the new novel is so recognizably Roy’s – the same language, the memorable characters, the stunning detail. Some critics say she tried to fit too much into a book covering, among other things, Kashmir’s fight for independence, people living in graveyards, torture centers, Hijras (eunuchs, intersex or transgender people who are now legally recognized as a “third gender” in India) in Muslim Old Delhi, and an abandoned baby whose origins may (or may not) hold the key to everything.

The Sympathizer, by Viet Thanh Nguyen

This novel about the Vietnam War is told, this once, from the perspective of the Vietnamese, but it turns out that the horror and absurdity of the war is just as real from any perspective. The book begins at war’s end amid the chaos of Saigon’s fall before taking our unnamed narrator to America, where life as a refugee in the 1980s has so many Trump-era echoes. The narrator is a double agent, a North Vietnamese intellectual who becomes adviser to a general from the South. He has the gift, or maybe curse, of being able to sympathize with all views, even as he names names and assassinates his friends. “They were my enemies,” he says of the men he is regularly betraying, “and yet they were also brothers in arms.” The book is written as a confession of his crimes, expected by the prosecutors to be written in the way of all forced confessions. But the narrator resists. The absurdity of his life won’t allow it.

Men Without Women, by Haruki Murakami

In this story collection by the brilliant novelist, Murakami takes his title from the famous Hemingway collection that would come to define the Hemingway male and also the short story itself. But Murakami’s men are not at all Hemingway’s. In these short stories, Murakami might as well be asking, “What do men want?” He has the answer, in his usual comic detail, which we could sum up as, “They have no clue.” This is a book about women and the men who lose them through death or divorce or neglect. In most cases, the men don’t even know what happened. They know only that they’re lonely and that they’re not always sure that loneliness is a bad thing.

Nixon: The Life, by John A. Farrell

OK, if you’re still reading – room for one piece of nonfiction. Farrell is a long-time journalist and the former Washington bureau chief for The Denver Post who has turned into an acclaimed biographer. He’s also a friend. Another writer friend always told me that you should always buy a friend’s book, but never read it – because if you do, only two things can happen and they’re both bad. Either the book is terrible and you can’t look at your friend without feeling great pangs of guilt. Or it’s great and you’re forever to be consumed with jealousy. I’m happy to say this time it’s jealousy. Farrell turned to Nixon long before knowing that Donald Trump would be president, and now we can’t read the book without noting all the obvious parallels. The silent majority. The Southern strategy. The contempt for the press. The thin skin. Trump even tried to claim he was taping Oval Office conversations. Farrell gets Nixon — who was far more interesting, and consequential, than Trump — in all his tragic contradictions and even with some sympathy. My view of Nixon was less subtle. On any moral question, I always knew to first consult Nixon’s view and then take my stand 180 degrees away. 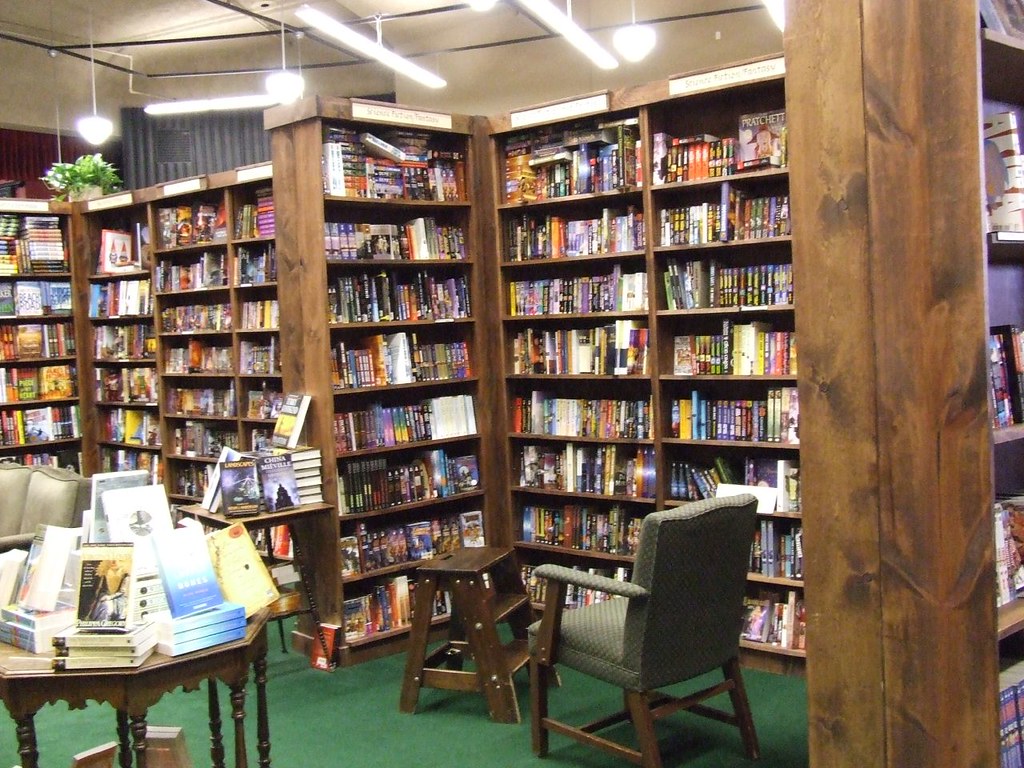