Home Chalkbeat Jubilation, and some confusion, as Denver schools begin their post-strike recovery

Lupe Lopez-Montoya got the text message at 6:15 a.m. The strike was over, the colleague who’d been keeping her up to speed on news from her union told her.

And so as district and teachers union officials celebrated their deal at the Denver Public Library, Lopez-Montoya resurrected her regular commute to Columbia Elementary School, the northwest Denver school where she’s the longest-serving tenured teacher.

For the past three days, Lopez-Montoya had stayed out of school as Denver Public Schools and the Denver Classroom Teachers Association sparred over how teachers in Denver are paid. She still had unanswered questions about the future. But first, it was time to greet students.

One girl ran across the sidewalk to give a hug. “Ms. Montoya’s back,” she shouted, burying her face in the teacher’s side.

Lopez-Montoya began to welcome students into the building. “Line up and you can go get breakfast,” she told one boy. “I’m happy you’re here today.”

The moment kicked off what was a not-quite-normal day in Denver schools. With a deal coming just an hour before some schools were due to start for the day, teachers and families had little time to adjust their plans. The district also had too little time to reopen early childhood classes that have been closed all week; those will reopen on Friday, officials said.

Building principals got an email around 7 a.m. telling them that the strike was over and that many teachers would be coming back to work. In some buildings, central office staff and substitutes who had been filling in for teachers were already on site when teachers returned to work. And some students who commute long distances didn’t get the word in time to go to schools.

By early afternoon, about 81 percent of teachers in district-run schools had shown up to work, and about 83 percent of students had, according to Denver school district spokesman Will Jones.

Are teachers back to class? Substitutes still in place? Students digging back in to regular instruction? Take our survey to share your post-strike back-to-school story. And stay tuned for updates as the school district starts to resume its normal operations.

In the parking lot outside Mathematics and Science Leadership Academy, a west Denver elementary school, teachers still clad in the red of their cause gathered in the parking lot to walk in together. Asked what the mood was, reading intervention teacher Denise Saiz said, “Relief!” and her colleagues responded with an enthusiastic “Yes!”

“We’re really excited to get back to the kids,” said fifth-grade teacher Emily Mimovich.

While strike participation was high at the school — it was founded with support from the state and local union as a teacher-led school — the teachers said they did not believe there would be hard feelings between those who walked and those who didn’t.

“We have such a good relationship,” said Reyes Navarro, who teaches Spanish to kindergarten and first-grade students. “We understand that you have to do whatever is right for you.”

Parents also said they were eager to have their children get back to school. 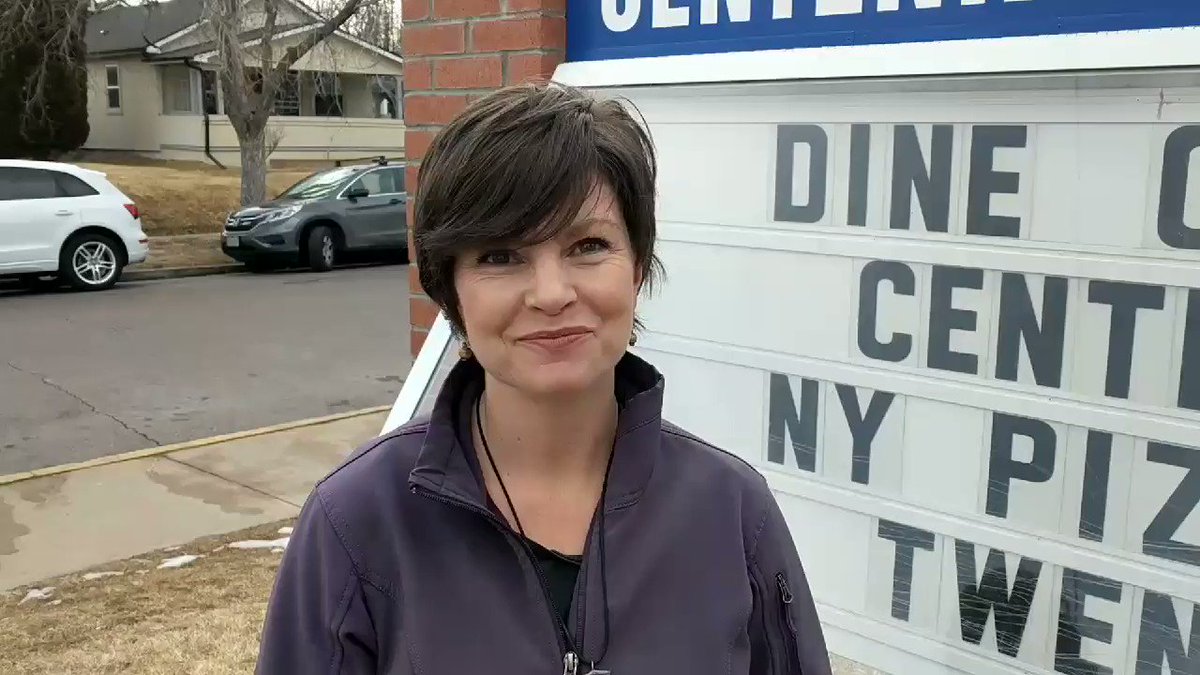 Shannon Cruwys was happy to drop off her fifth-grader this morning at Centennial Elementary in northwest Denver with the strike over. She says the #DenverTeachersStrike was worth it. #DenverTeacherStrike

Sarah Murphy, who has a third-grader and a 4-year-old preschool student, said this morning was a “bit of a scramble, albeit a welcome one.” She had both children signed up for a day camp at the University of Denver and was unsure if she should send them to school or to camp because she wasn’t sure teachers would be back at school. Then she got word that camp was canceled for both children — but Denver Public Schools preschools are still closed.

“We were left trying to figure out what to do with our ECE4 since they were still closed,” she wrote to Chalkbeat. “We know how hard this has been on everyone, but this morning proved that the ECE program was the hardest hit, short notice every step of the way. We very much look forward to tomorrow when both are back in their normal school routines.”

Not everyone returned to school. Some teachers said they needed a day to collect themselves after an emotional experience. Judy Kelley, a visual arts teacher at Martin Luther King Jr. Early College, said she and many of her colleagues live too far away from the school to get there on short notice.

But the majority of teachers who went back to work Thursday describe positive experiences returning to their schools. Ryan Marini, a social studies teacher and football coach at South High School, called it the “best day” in 17 years of teaching.

Suzanne Hernandez, a first-grade teacher at Westerly Creek Elementary in Stapleton, said she and other teachers gathered to walk into school together at 7:45 a.m. today.

Teachers thanked the subs from central office who were in the building in case teachers didn’t show up, and they headed back to their offices.

Early in the morning, Hernandez sent a message to her students’ parents to let them know teachers would be back in school today. The reaction from students as she greeted them today was “overwhelming,” she said.

With the help of paras who were prepared, Hernandez said teachers were able to jump right back to where they left off last week.

As far as Valentine’s Day, that celebration will be pushed back until tomorrow afternoon, she said. For now, teachers are having their own celebration, happy to be back in the classroom.

“I think if there’s any sort of effect from the strike, it’s been a positive one,” she said. “It’s been a very unifying experience.”

“After finding out an hour ago we were going back to work, I scrambled home to get ready,” she wrote to Chalkbeat. “I am exhausted, but so excited to be back with my students. This day won’t be normal, but knowing I did my part to put my students first is the best feeling to have.”

Kade Orlandini, who teaches at John F. Kennedy High School, said most of the teachers are back in her building, despite the short notice.

“Teachers were ready, and we are jumping right back into instruction,” she wrote. “Attendance seems lower than normal, but students who are here are ready to learn. The atmosphere in the school is very positive all around.”

First person: Parent fundraising made my school a great place to teach. I was grateful, until I realized the cost.

School board election: Who’s running and what’s at stake in Denver’s District 1 race

School board election: Who’s running and what’s at stake in Denver’s District 5 race

School board election: Who’s running and what’s at stake in Denver’s at-large race